Zagreb, Croatia is a growing travel hotspot that we just love, so we thought we’d share our Zagreb travel guide. This Eastern European city may not have the Adriatic Ocean or the beach nearby, but Zagreb is a vibrant city brimming with culture and history. Zagreb might not be the first thought for a city break or holiday, and you may know little about it – but that’s what makes exploring this city so great! Usually visiting a European tourist hotspot, you know a bit about the sights and history, but visiting somewhere where you have little knowledge means you can learn a lot about the culture, history and local life without the pressure to tick off all of the tourist trap sights.

Most of the Project X team have visited Zagreb at some point over the past few years. Visiting both with our Scout Group (on European Road Trip Expeditions) and on our own adventures and road trips around Croatia. In fact, last summer we visited the city as part of a 2-week European Road Trip. We took a group of 16 Explorer Scouts. Although our visit to Zagreb was brief (just a day stop-over between Krk, Croatia and Budapest, Hungary), we all enjoyed the warm sunshine whilst exploring the quirky sights and the best of what Zagreb has to offer. We were treated to a tour of the city by a long-time Scouting friend – Filip. Filip has lived and worked in the city his whole life.

Over the years, Filip has taken us on many a tour of Zagreb. This time it was so hot (40 degrees C!) that he planned the route so we could stay in the shade of buildings, whilst seeing all of the sights. The city has been built in a gridded street system making easy to find your way around, as well as finding shade. So, the route below is ideal for visiting the city in the summer months. 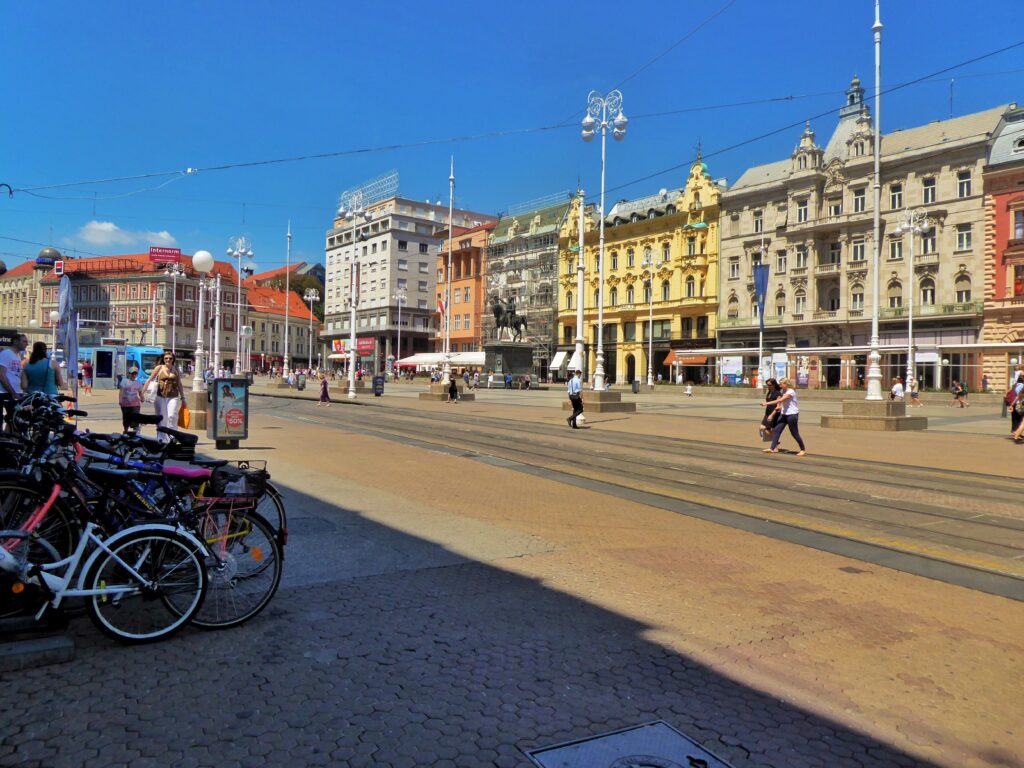 The Cathedral of the Assumption of the Blessed Virgin Mary (known by tourists as Zagreb Cathedral) is one of the most monumental gothic-style building in Eastern Europe. This Cathedral was built in the 11th century, with twin spires that can be seen across the city. Furthermore, the location of this Cathedral has always been occupied by a Cathedral. The first Cathedral was destroyed during the Tartar attack in the 13th century. Therefore, the current Cathedral was built soon after the attack but has been restored after it suffered immeasurable damage from an earthquake. The dome and the bell tower have been restored keeping to the medieval design. 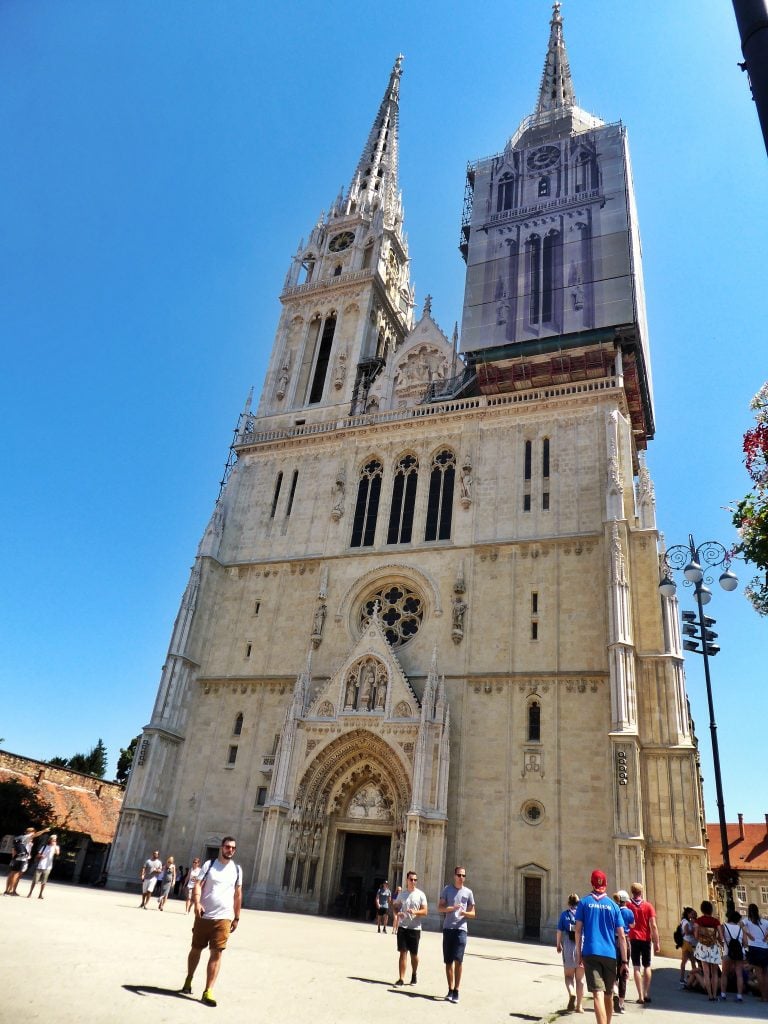 The Dolac Market is Zagreb’s colourful fruit and vegetable market. Sellers from all over Croatia come to sell their produce. Dolac has been a buzzing hive of activity since 1930s. First set up by the city authorities using the space between the Upper and Lower Towns.
The marketplace incorporates a raised open square lined with stalls selling fruit and vegetable produce, with a street-level – indoor market for meat, fish and dairy stalls. 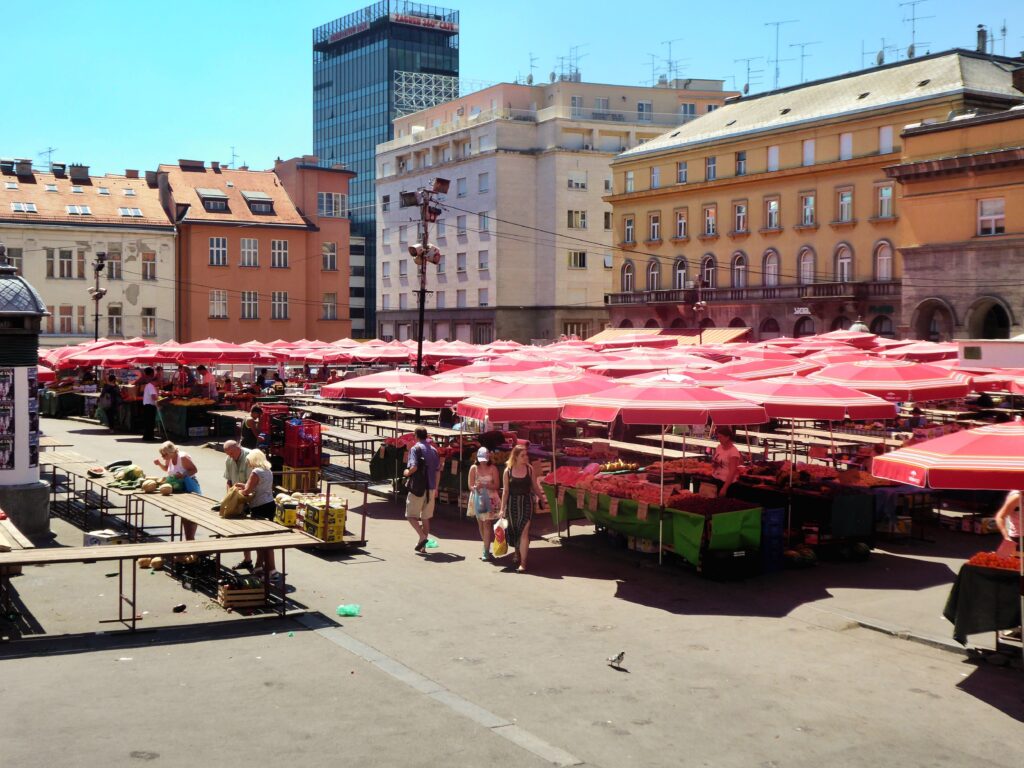 This alley connecting Tkalčićeva Street and Radićeva Street is called Bloody Bridge because of violent events that have occurred over the centuries. There were two separate settlements in the location of the current Upper Town of Zagreb – Kaptol, which was a religious centre and Gradec, a centre of tradesman and businesses. These settlements were separated by a creek, which now runs under Tkalčićeva Street. The creek was used by both settlements, which caused conflicts between the rivals, sometimes turning into bloody fights. Consequently, one deadly fight occurred in the 14th century. Locals have been lead to believe the amount of blood spilt, caused the creek to turn red – naming the bridge, Bloody Bridge. Although the bridge does not now exist, the street built in place still bears the name. 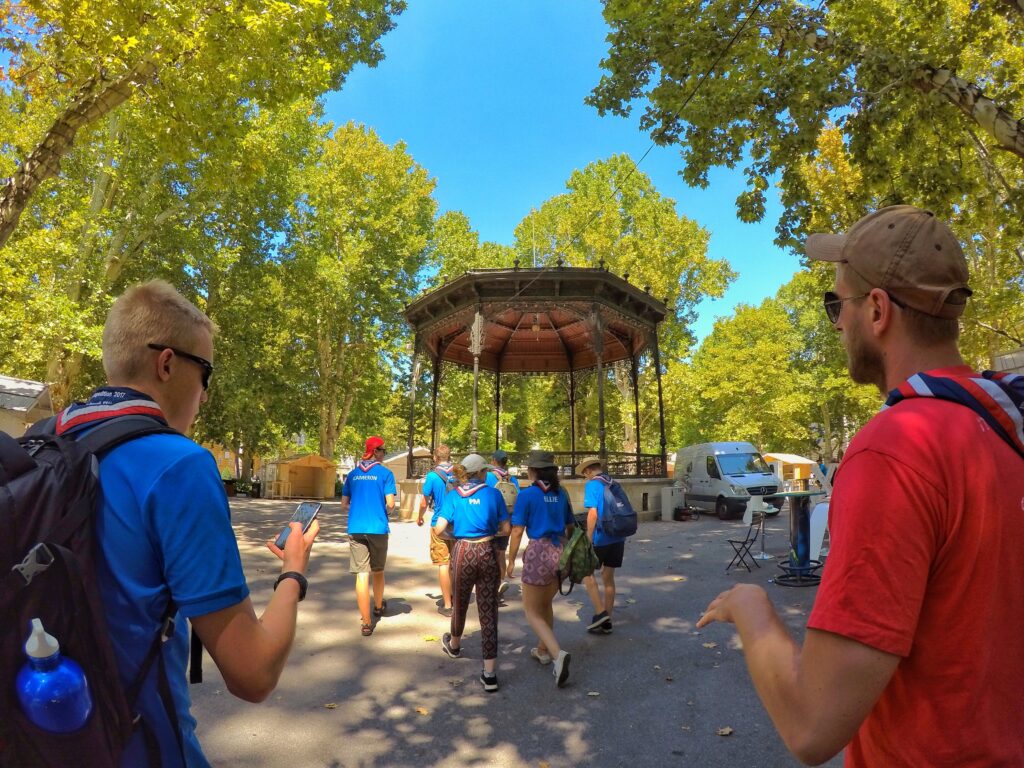 One of the oldest buildings in Zagreb, St. Mark’s Church is known for the very vibrantly coloured roof. Situated in St. Mark’s Square, in Zagreb’s Upper Town, this 14th-century church is a must see on your next visit to the city. The roof wonderfully pictures the Croatian, Dalmatian and Slavonian coats of arms, along with Zagreb’s city emblem. Unfortunately, due to natural disasters over the years, little remains of the original building. 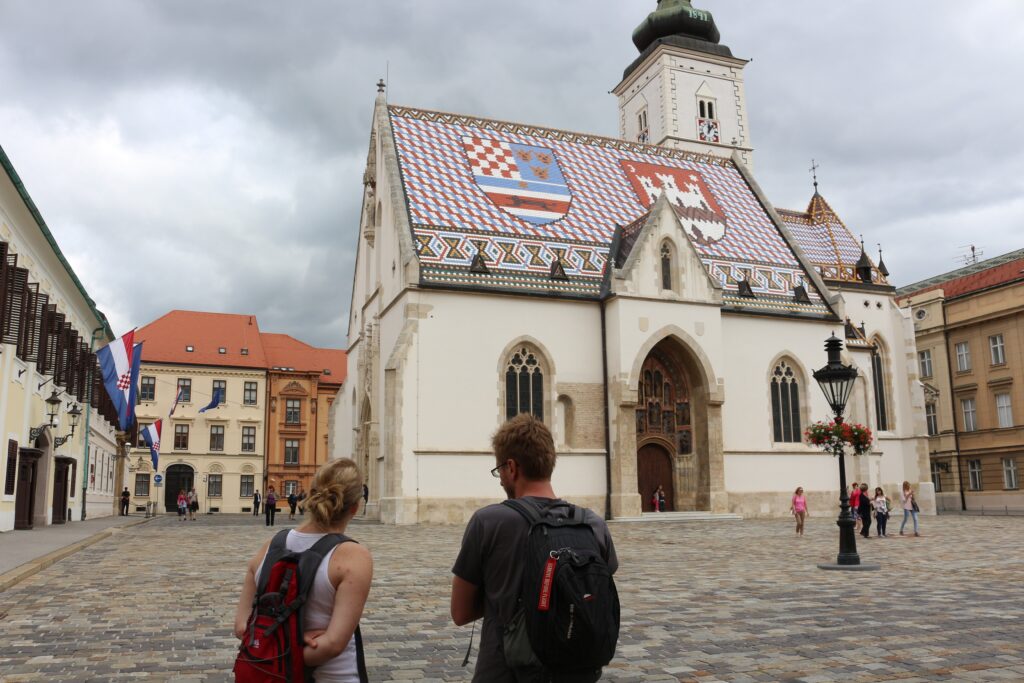 The Zagreb Funicular is the shortest cable car and the safest form of transport in the world! The funicular is the oldest form of organised public transportation in the city. Ironically, the journey only lasts just 64 seconds, it is a fun and effective way to reach the Upper Town. This funicular is actually pretty busy, with departures every ten minutes, seven days a week – from 06:30 to 22:00. A one-way ticket cost just 4 HRK (£0.49). 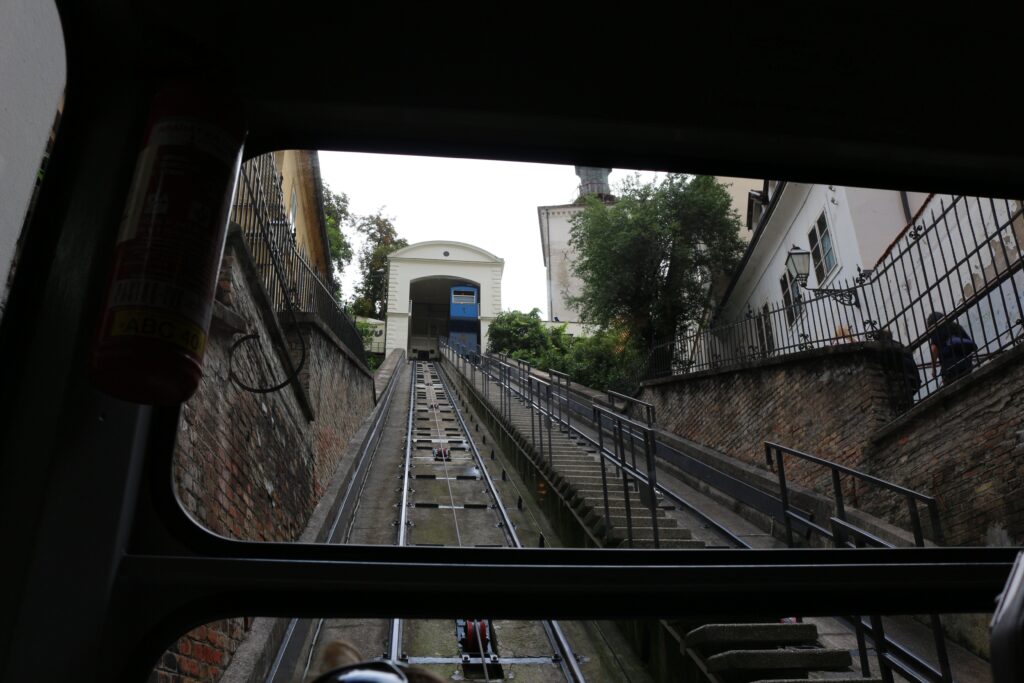 We hope this Zagreb travel guide gives you a little inspiration. Here’s our route visiting our Top 5 Things to See in Zagreb, ready for your next adventure!

Item added to your basket

Continue Shopping Go To Your Basket